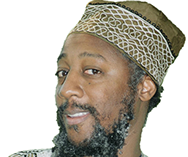 Eshu changed our lives for the few days he was here. His effect has stayed with us. Children can still be heard singing, "Palm tree dance, dance... All around the market place, dance... He is the best storyteller I have ever heard".

Purchase our CDs at our online store.

Lion in Love, Eshu's first CD is a winner of the Storytelling World, Gold Award. It is recommended for 8 and older.

It is recommended for ages 4 and up.

Eshu Bumpus' new CD “Lion in Love” tells six traditional world folk- tales (the title story from Aesop) in decidedly untraditional musical settings. Two tales are sung in jazz style, two told in ingenious spoken verse retellings, two in prose tellings. But throughout there’s a spellbinding sense of the tales and music composing a unified whole. Sometimes your ears say this is a really fine storytelling recording with a beat; a moment later they say this is a really cool jazz recording with narrative lyrics.

The secret is that, speaking or singing, Eshu is an accomplished jazz vocalist who is collaborating through out with a stunning cohort of jazz and world musicians who have worked with the best of the best. Eshu pays tribute to these musical co-creators throughout in credits and liner notes, and we should do so here: Paul Arslanian, Bob Weiner, Tony Vacca, Massamba Diop, Herman Hampton, Doug MacMillan, George Kaye, and David Tasgal.

The tales include “The Wise-men and the Tiger,” “Judgment of the Wind,” “Wax Child,” and “Singing Goose,” a swinging, witty reworking of “Three Little Pigs” told from the point of view of the put-upon and maligned Wolf family. These are free adaptations, and each succeeds in that elusive task of making you feel the folktale is talking to you about your own life and times, without any obvious sense of updating or “message.”

There’s some real darkness here, for these are wisdom tales concerned with injustice, but there is also a pervading sweetness to them that is neither slack nor sentimental. And where many tellers clear the palate between stories with music, Eshu separates his musical stories with strong spoken proverbs (all of which were new to me). A powerfully original first CD from a fine teller, recommended for ages 8 and up, but captivating for adults for listen after listen.